We are obsessed with the future, at the cost of the present! This might be because the grass is always greener on the other side or the desire for an optimistic outlook on the future. There are reasons to look towards the future because research suggests that most of the jobs that will be performed in the future haven’t been invented yet. Technological obsolescence has accelerated in the last decade and possibilities like DNA storage, blockchain etc. may trigger a new landscape within the next decade. The political situation might put a damper on things but technological advancement is here to stay.

When we discuss what propels future technological growth, the combination of vision and crowdfunding combine together to pave the way. To examine the first concept, the popular cartoon Jetsons’ featured a robot nanny Rosie and now social robots are becoming an established part of life. The flying car concept in Chitty Chitty Bang Bang has heralded a line of flying cars and some options will be discussed later. In the last century, inventors had to relentlessly pursue financing support for their projects. In today’s world venture capitalists and crowdfunding are ready to support ideas of value. Not every initiative is successful, but if you have the will to succeed then aspirations are achievable.

What will be the future of transport?

CES 2019 featured the introduction of UBER’s helicopter taxi and it seems that flight will become a publicly available option, at least for short distances. This innovation can improve traffic congestion, decrease expense on public infrastructure and provide a unique riding experience. Flying cars are also ready to launch as the Pal-V Liberty, Opener Blackfly and AeroMobil 4.0 suggest. 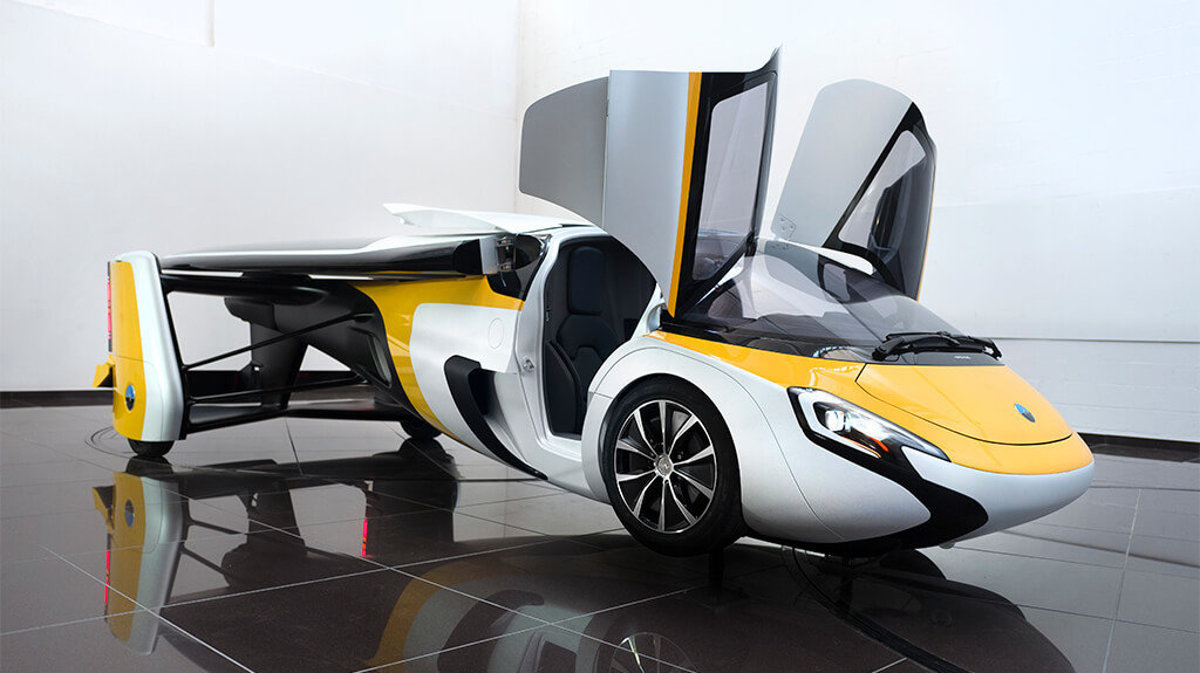 With speeds up to 161 mph and flight duration of 466 miles, these cars are ready to soar in skies. The Opener Blackfly represents a Vertical Take-Off and Landing Aircraft (VTOL) and this might make flying cars extremely feasible. In another two decades, these cars might completely replace road-plying passenger vehicles in developed nations. A host of regulatory challenges need to be resolved before the concept can become a global phenomenon. Europe and the U.S. are actively working in this regard, with other developed countries set to follow.

The future of blockchain

Blockchain will change the way in which records are processed, stored and the methods of data retrieval. Inherently blockchain combines the features of distributed ledgers and easy access to reach a new generation. During the last three years, there have been multiple discussions on blockchain, cryptocurrency and AI. As Blockchain Expo predicted the next two decades will witness blockchain leading online trade and changing the way we do business. 5G and 6G will make digital transactions fluid and physical borders will cease to exist. Regulations will change according to the new business requirements and we will witness an era of unified growth. Some areas of development are described below:

Imagine living in a rural setting and ordering something online. The order is processed and a drone delivers it within a few hours as compared to the traditional channels taking a few days. Both Jubilant Foodworks and Amazon have been working on drone food delivery. Amazon already tested a trial run of drone package delivery in 2016 but Prime Air hasn’t become a mainstream transport mechanism yet. Regulatory and safety challenges might require more research and development before mass production can be started. By 2045 we can expect drone technology to work in tandem with flying cars to serve our packages. Efficiency and time saving are two principal reasons this concept will take off in the future.

Researchers suggest that “aquatic tube superhighways traveled in via pods will let commuters zip between the UK and Scandinavia in under an hour.” Most of Earth is covered by water therefore we can expect aquatic tube superhighways to dominate travel in the future. Elon Musk and Hyperloop are progressing in developing solutions to reduce inter-country travel time from hours to minutes. Futuristic aquatic tubes will reduce travel time, control carbon emissions and provide cost-effective travel options. In the future, more companies will join this growth avenue and bring down costs leading to sustainable travel.

‘Technology on your skin,’ is the way to the future. The extent of this assimilation depends on safety and ethical issues. Embedded microchips have the potential to store medical records, operate smart gadgets, enable communication and a host of possibilities. RFID technology is the enabler that can make your physical presence ready for identification and control smart objects. Some companies have already used this technology to track their employees and ensure their safety. The business angle is intriguing as you won’t have to carry identity cards and a host of accessories. A microchip is all you need to access your responsibilities and perform daily operations with a host of possible gadgets tagged e.g. smartphones, tablets etc.

At the beginning of the article, we mentioned the Jetsons’ robot maid Rosie, who was charged with the role of a household manager. Robots use AI to understand verbal conversations, hidden cues, interpret messages and respond accordingly. They also learn from sensory feedback and adapt accordingly. Basic functions are already performed by social robots like Pepper, whereby 15,000 models have been deployed across the globe in shopping assistance, airport service, food services, hotel check-ins etc. A touch-screen display allows users to interact with the robot.

Temi and Loomo are modern personal assistants with added abilities. An example of these abilities is Loomo’s ability to transform into a scooter on command. According to the World Economic Forum (WEF), sales of consumer robots are expected to touch $19 billion by 2025 as the annual will touch 65 million units. Anki and Jibo are examples of well-known failures but the robot market is not relented. Buddy is an example of the future personal assistant as it provides services covering security, home automation and personal assistance in a single package.

The pace of technological development is unrelenting and we should be prepared to embrace the same. Ignoring technology is not an option as blockchain, aerial and aquatic developments in travel will be too disruptive in nature. For the eternal optimist, the future is a beautiful vision with untold possibilities. The sky is literally the limit when considering what achievements can be accomplished by 2045. Financing requirements will be duly met by crowdfunding, blockchain and associated models therefore efforts will be duly rewarded.

Sorry. No results match your search.